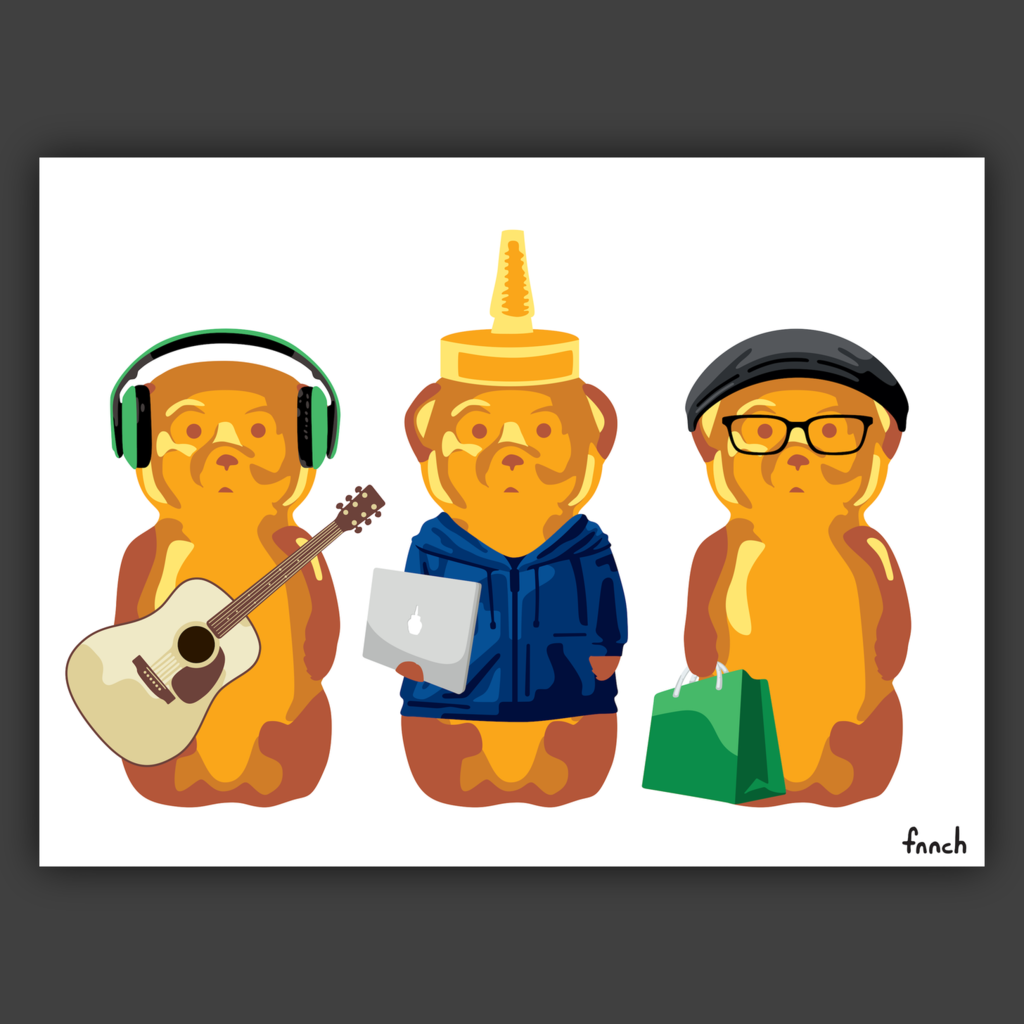 Today felt like the culmination of my 10 years of reporting on social apps. I hosted a talk on my Clubhouse show PressClub with Mark Zuckerberg. We were joined by a seemingly impossible lineup that included Spotify CEO Daniel Ek and Shopify CEO Tobi Lütke to discuss how people can turn their passions into their professions and why audio apps like Clubhouse are blowing up. We also dove into the spicy topic of how Apple’s in-app purchase taxes, exclusive APIs, and privacy changes are threatening small businesses and developers.

You can listen to the podcast on Spotify or your favorite podcast app, and the transcript can be found here

I also collaborated with one of my favorite artists fnnch to create the portrait above of the three CEOs as our first NFT. Congrats to Amir aka @Mondoir for winning the combined digital artwork and physical painting for 38.88 ETH. We’re giving 20% of the proceeds to the GiveDirectly US COVID family poverty relief fund.

There were three overarching themes to the talk: 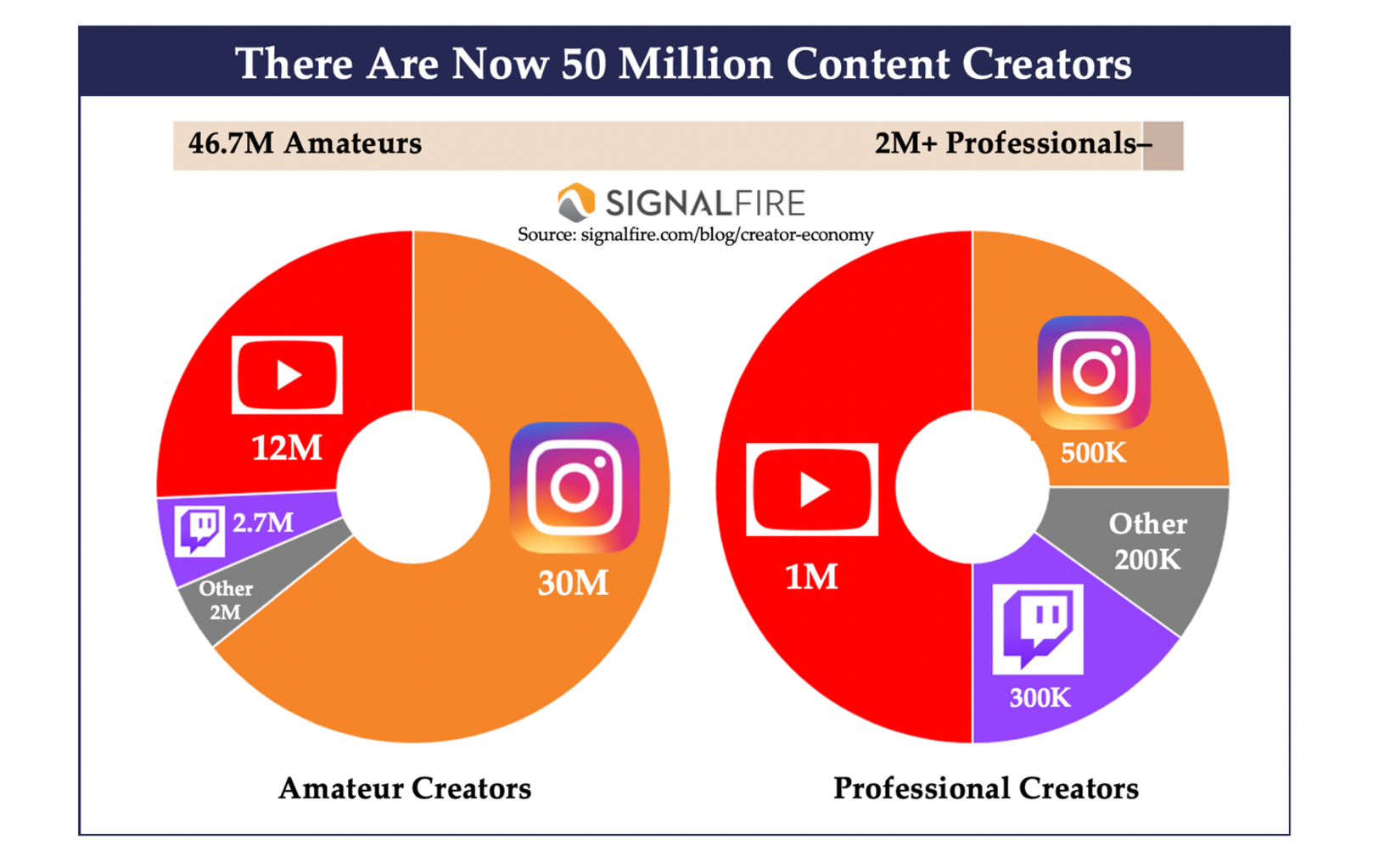 -Apple’s policies hurt. They me be depriving small businesses of ad targeting, creators of microtransaction revenue, and developers of a fair playing field. The speakers hoped to see Apple tell people what they gain from ad targeting not just what they lose, open its proprietary APIs instead of reserving them for Apple hardware products, allow sideloading of apps, let people choose the default app for core functions like SMS, and reduce the taxes on microtransactions and subscriptions so both creators and developers can earn a living.

-The rise of always-in earbuds is unlocking a new wave of audio innovation. In what turned out to be a decent prediction I made in 2016, convenience of playback thanks to Bluetooth headphones and discovery via algorithms is finally making audio snackable. Right now we have lots of longer-form audio platforms and mediums like Spotify, Clubhouse, and podcasts. But we’re likely to see apps offering quick clips of news, comedy, poetry, just as blogging gave rise to Twitter.

On the creator economy:

Zuckerberg:  “We all hope that in the future the economy is one where everyone can pursue their interests and their creativity and can have jobs that are more exciting for them . . . Overall it's not like one model is going to work. It's not just like everyone is going to be able to make enough money off of an ads revenue share or something like that. But I think the 360 view of having all of these things really is going to support tens of millions of people to be able to do these kinds of creative pursuits”

“Now you basically have these platforms that have leveled the playing field a bit and make it so that you can grow a more vibrant sector of creators and small businesses. For all the attention that gets paid to the stock market and kind of the biggest companies, I think that this is where the majority of employment is and the majority of the work that's going on in the economy. So I think that whether it's creators or small businesses, I think this is really important for kind of overall health and prosperity around the world.”

Lütke: “In retail, we've always had a lot of gatekeeping. There were limited chances, which meant that the kinds of products that were created had to be very sanitized and have very broad appeal for just logistical reasons. And so I think what's been so amazing is now a lot more people can participate and much, much more specific products are being created because it's so efficient to find the people who really, really like the things that you have to offer.”

Ek: “It used to be before that if you were a musician, you just put out music. But almost every successful creator now is omni- talented and omni-channel. That means that they are on YouTube putting up videos. They are on Instagram. They are perhaps putting together brands and putting it on Shopify, but they're also putting out music and merchandise on Shopify and music on Spotify, of course, and touring. And so they're really just doing a multitude of different things and connecting with their fan bases across many different platforms.”

Ek: “We've spent the better part of I would say the last 20, 30 years arguing net neutrality . . . and now we're in this new kind of platform where in particular iOS is now closing down a lot of the things that we associate with the internet. And I think that's a very scary development . . .  I feel that we're at a very important inflection point to decide whether the future on the internet is going to be open or is it going to be closed?”

“In the case of Spotify, not only is it that they want to incur a 30% tax on our users, which by the way, happens to be more than what Spotify itself gets because we're paying out 70% of all of our revenues to the artists. But then on top of that they go so far as to try to limit the way we are actually communicating with our consumers, even outside of the app itself by emails and other things. So I just think it's a very slippery slope and my view is that this is very damaging, not only to Spotify, but the entire kind of broader ecosystem of app developers and creators.”

Zuckerberg: “I mentioned [Facebook’s tipping feature] Stars with game streamers, where Apple takes a much bigger cut of that than anything that we take out of the money that these creators are getting. And we even saw a bunch of examples during the pandemic that, that I thought were especially tough, where we built a bunch of tools around people being able to make online events and things like that. And, we didn't take any revenue share of that just because we were trying to help these creators or small businesses help support themselves. And the 30% tax on that, before Apple finally backed down, I just thought was particularly tough . . . I'm still optimistic about the future. I just think it would be a lot better for a lot of folks if there were a little bit less of a tax there.”

On the rise of audio apps:

Ek: “I believe that the AirPods may be one of Apple's all-time most sold devices next to the iPhone. And so if you think about that and just think about ambient computing and the ability for people to consume more and more content now via their ears, because most of us are having these sort of white earbuds in for many hours per day, that's just an enormous opportunity, both for social experiences, but also for consuming more content like podcasting, like music . . . And I think Clubhouse has just shown to the world that audio can be interactive as well . . It feels like pretty much everything on the internet might've already happened, but just know that this is the beginning.”

Zuckerberg: “I think what Clubhouse is doing and has pioneered is really impressive and is going to end up being one of the modalities around live audio broadcast . . . Overall, I think that this is going to be a pretty big space. The work that we're doing in this is trying to basically build out a bunch of the tools across the spectrum of how people would want to use audio. I think there's going to be a lot to do here beyond the products that exist today.”

The smartphone era feels simultaneously in its nascency and its old age. Whole new categories of apps are emerging, as with audio and the creator economy. Yet such huge businesses have been built up around the phone that tech giants like Apple have begun to squabble over the size of their slice rather than trying to grow the pie.

Apple might discover a newfound fortune in microtransactions flowing from fans to the content makers they love…if only it would reduce the in-app purchase taxes to incentivize developers to build creator-first features instead of ad networks.

Meanwhile, Facebook and Twitter must ween themselves off of profiting solely from ads. They won’t be able to keep up with newer, more agile apps like Clubhouse if they’re too afraid of cannibalizing what brought in their previous billions.

All of this opens a huge opportunity but also a huge risk for new app developers. Scrappily build and iterate on best-in-class experiences, even if they’re more niche than the last generation of titans, and they could carve out a bountiful business. But stray too close to the path of the giants, and they could be squashed underfoot as incumbents scramble to adapt.

Join us on March 25th at 6pm PT for “Office or remote forever? With Wordpress CEO Matt Mullenweg and Salesforce COO Bret Taylor.” We’ll discuss if teams can return to the office safely and how, or if work from home is the permanent normal. Sign up for a reminder at Constine.club

Which artist should we collaborate with for artwork for next week’s show? Tweet at me and tag them or reply/comment here!

My deepest thanks everyone who helped make today a big success and kept me sane under the stress including Ronen V, Mia Shaw, Paul Bahr, and my supportive wife Andee. Love you all.