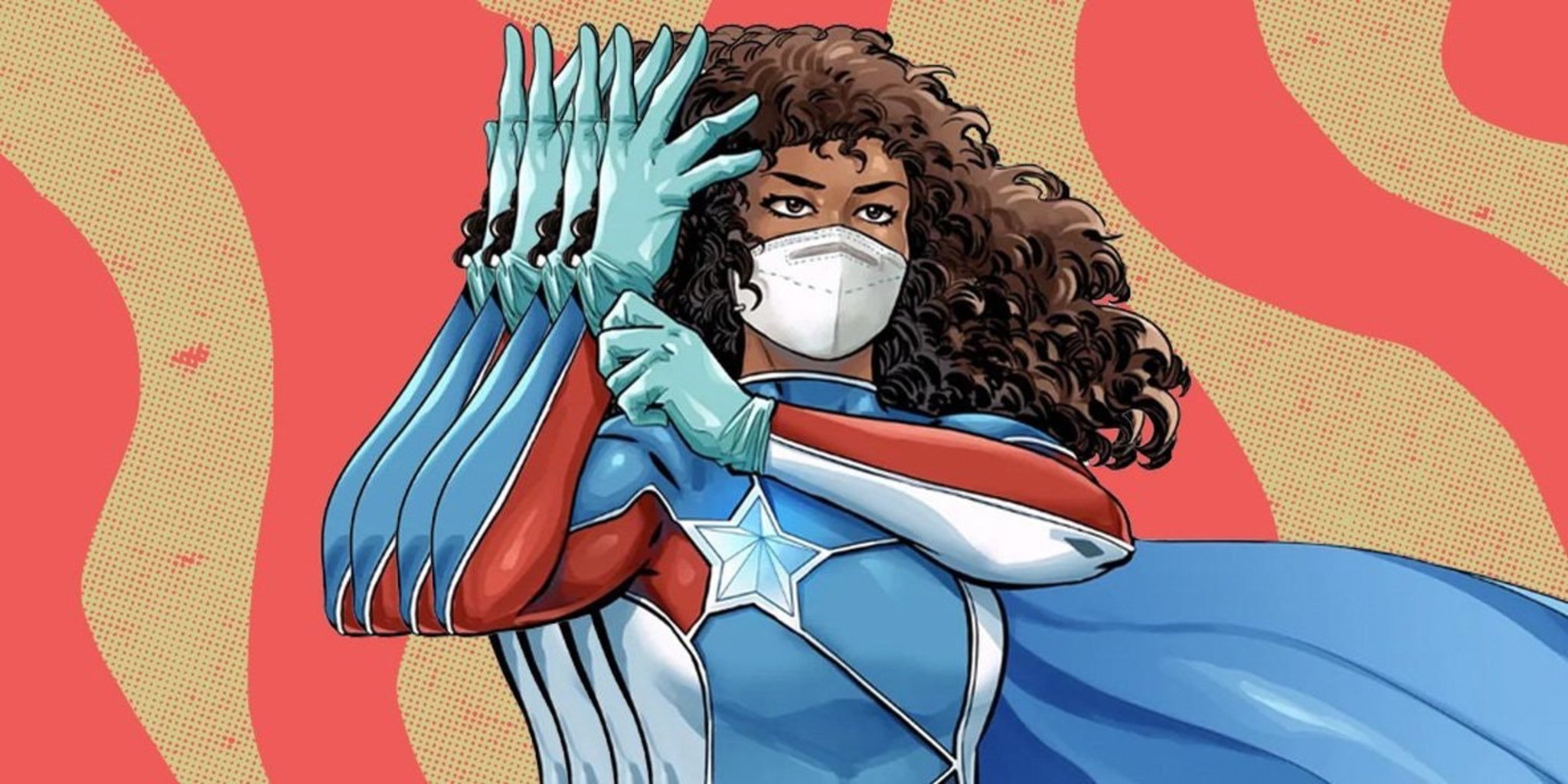 Our decisions define the product design of the world we live in, so this week I wrote about making them more consciously. Then, some more traditional tech newsletter fair.

Defaults dictate outcomes. Burying an option for safety or privacy in a settings menu doesn’t mean a tech company is treating its users right. Sure, in 2009, Facebook still let you share just to friends, but it changed the defaults to make all photos and status update sharing public. The system was exploitative, so it was on users to take the inconvenient step of protecting themselves until the system was changed.

Now we as a country must willfully embrace a more considerate way to live as we rewrite the governing defaults.

Coronavirus has given everyone a vague taste of the plight Black lives have suffered forever: Someone else’s choices can hurt you with little to no acute harm or legal liability for themselves. My hope is that the COVID-19 crisis will bring white people and others who’ve dealt with less discrimination a newfound empathy for victims of racism. Meanwhile, the deeply justified George Floyd protests should wake up the entire country to the root of the divide: Human rights vs entitled convenience.

Some people won’t alter their behavior, even to give others the opportunity to live. Protests about wearing masks or having to wait to get a haircut *just* to protect everyone’s health are predictable given these people won’t accept that Black lives do matter.

Unlike bike helmets or seatbelts, whether someone else wears a mask affects everyone. It’s more akin to second-hand smoke, but even then, lighting a cigarette is a purposeful effort, while not wearing a mask is the passive default. Despite our “me first” society, we must convince everyone to endure the minor hassle, buck the default, and subtly but critically contribute to societal safety by wearing a mask.

Similarly, moving to a passive default of being “not racist” is not enough, because in some places, racism IS the default. To make positive change, we need people to be actively “anti-racist”.

We as a society must take responsibility and do the work to change these norms. We’ll need new laws for mask-wearing, even though they may be hard to enforce at full scale. And for the bigger and extremely urgent issue of police brutality, we’ll need systemic change that overwhelms the racism and corruption purposefully entrenched in our institutions of authority. 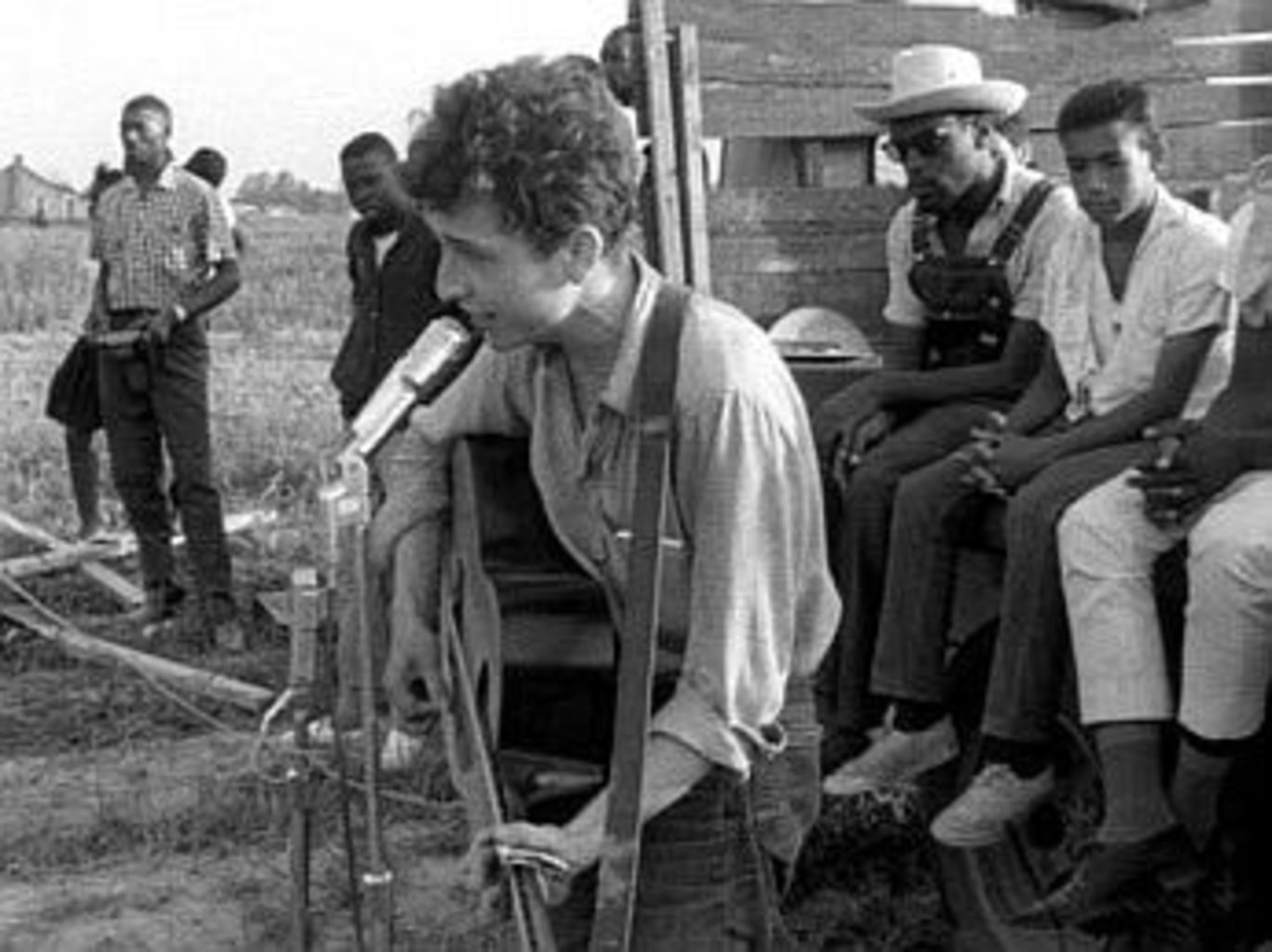 Change must come from every angle, but it should also be normalized by arts and entertainment leaders who’ve unfortunately proven often unwilling to take a firm stand against other recent moral failings. Musicians fueled change in the 1960s because they weren’t afraid that sticking up for civil rights and the anti-war movement could offend some fans. Taylor Swift took a bold stance in a tweet against Trump and brutality, but if there was ever a time for those with a platform to speak up loudly and constantly, it’s now. Bob Dylan wrote “Only A Pawn In Their Game” about murdered Black civil rights activist Medgar Evers and performed it at marches. Where are our protest songs?

I believe many public personalities overestimate the backlash they’d receive, and underestimate the support. If these fans refuse to be inconvenienced to allow someone else to live, would they really go out of their way to avoid a long list of musicians, actors, athletes, influencers, apps, and brands? It’d be a lot harder than hating a single cable news channel.

A union of cultural voices would be too pervasive to cancel. I’ve been disappointed by tech leaders ignoring or placating aggressors for fear that their daily active user counts might decline. More need to step up like Reid Hoffman and Dustin Moskovitz, as other billionaires’ philanthropy is being undone by heartless policy they refuse to combat directly. And VCs like me need to do more to pursue funding Black founders. But I’m heartened by the younger generation of TikTok creators dispensing politicized media on behalf of justice.

We all must use our reach to advocate for protest, listening, policy change, donations, and voting. Register. Register everyone. And make art about it. 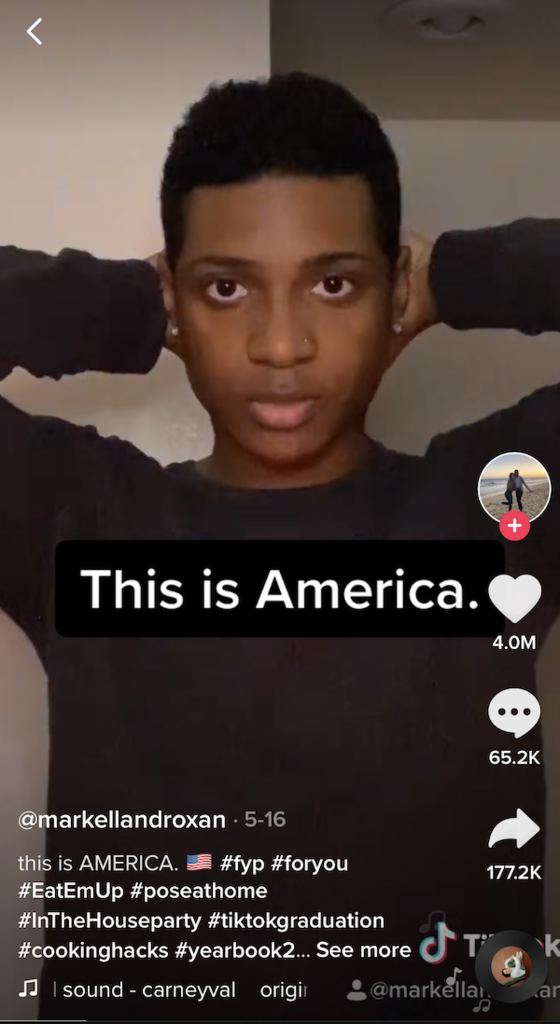 Living in a contiguous state to the willfully uncooperative has become a significant health risk for all due to COVID, but it’s always been that way for minorities. Across issues, the lines in our country are drawn between those who’ll cooperate to respect and protect their neighbors, and those to whom any slight divergence from their entitled way of conveniently talking, dressing, or treating people is worth the fundamental security of others.

By understanding the motives behind injustice, we can begin to chip away at it. Not by coddling those unwilling to change, but by championing new defaults so consistently with our voices and actions that it becomes too inconvenient for anyone to resist our collective evolution.

Thanks to Monte Thigpen, Margaret Nyamumbo, Akancha Srivastava, and Vivek Karuturi for your editing help.

A source spotted and sent me a landing site for a new subscriptions product from Bose audio, mysteriously titled Project Seashell at subscriptions.bose.com. I don't have any more info here. But if I were to guess / if I were to build a subscriptions product for Bose, it would let people buy headphones on subscription and then return them each year or so to get the latest versions. It could be Bose's version of Apple's iPhone Upgrade program where you can trade in your old phone after 12 payments to get the new one, or Samsung Access which launched today. It's easy to imagine pro musicians, serious listeners, and music industry folk signing up, and Bose finding opportunities to re-sell the refurbished hardware. 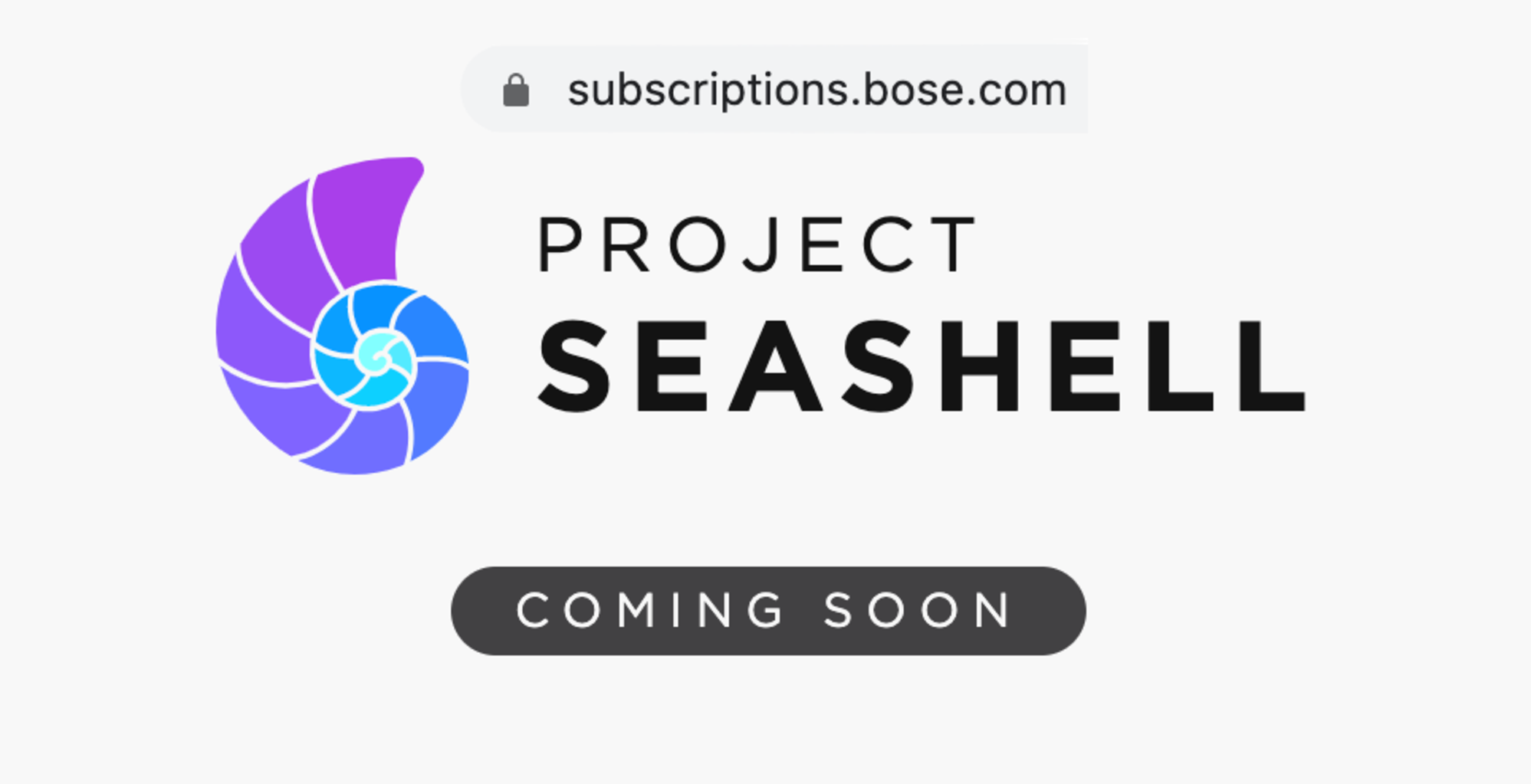 Product Roundtable: Do Westerners want Snapchat to be WeChat?

Snap will announce at a June 11th event that it will start hosting pared-down versions of third-party developers’ apps within Snapchat, The Information’s Alex Heath reports. It’s a strategy copied from China’s WeChat, which offers mini-programs from outside developers for everything from buying movie tickets to paying water bills to booking doctor’s appointments to renting bikes. The idea here is that since Snapchat has a lock on the Gen Z demographic, it can farm out access to the youth in exchange for embedded utilities that make its app stickier.

The company shunned developers for years, leading me to write in 2017 that “Snap’s anti-developer attitude is an augmented liability” because it would need outside help to build a broad enough range of AR features for every geography and use case. Eventually it launched its Snap Kit platform that lets developers build Login With Snapchat and Bitmoji into their apps, leading to hits like YOLO and Hoop. Instead of copying Snapchat’s camera and Stories like Facebook, developers became Snap’s allies in its battle against the big blue empire. 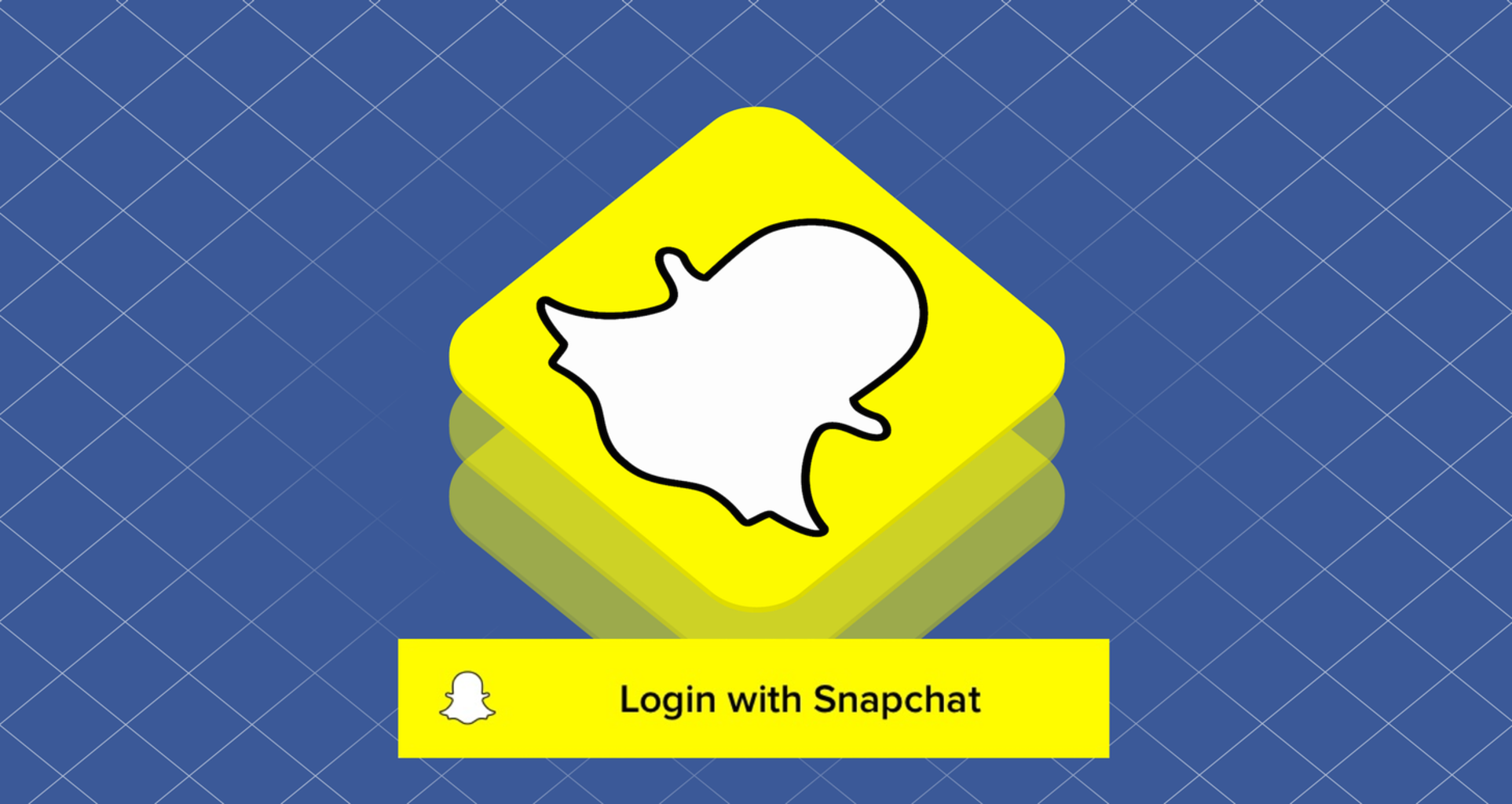 Now Snapchat itself has become THE mainstream augmented reality app as well as THE teen app, with 75% of its 229 million daily users engaging with AR each day. Mini-programs inside Snapchat could make it a hub for other teen and AR tools that kids want quick access to before potentially downloading a developer’s standalone app. Heath tells me “People in the industry I talk to say Snap needs to make itself more of a platform to have longevity.”

But do Western users want a monolithic, all-in-one app? I asked a few top minds about Snap mini-programs:

“I’ve written about WeChat a lot and how I think it’s the best example of a superapp. Will the Western market take to this model? There have been many attempts, but I still think it’s possible. Superapps are all about removing friction so users don’t have to download extra apps, allowing users to not have to enter payment credentials for each and every transaction, and helping users discover new products and services, whether through the platform surfacing it or via friend recommendations.

I believe it could mark a potential revenue diversification strategy for [Snapchat] and leverages their product strength of designing easily sharable content. There’s a number of attributes of mini-apps to note: 1) they are perfect for low frequency use cases where the user might not be able to justify downloading an app, 2) from a developer perspective, it’s cheaper to develop because it works on both iOS and Android, 3) some of the best use cases aren’t from existing big name developers but rather the long tail.” 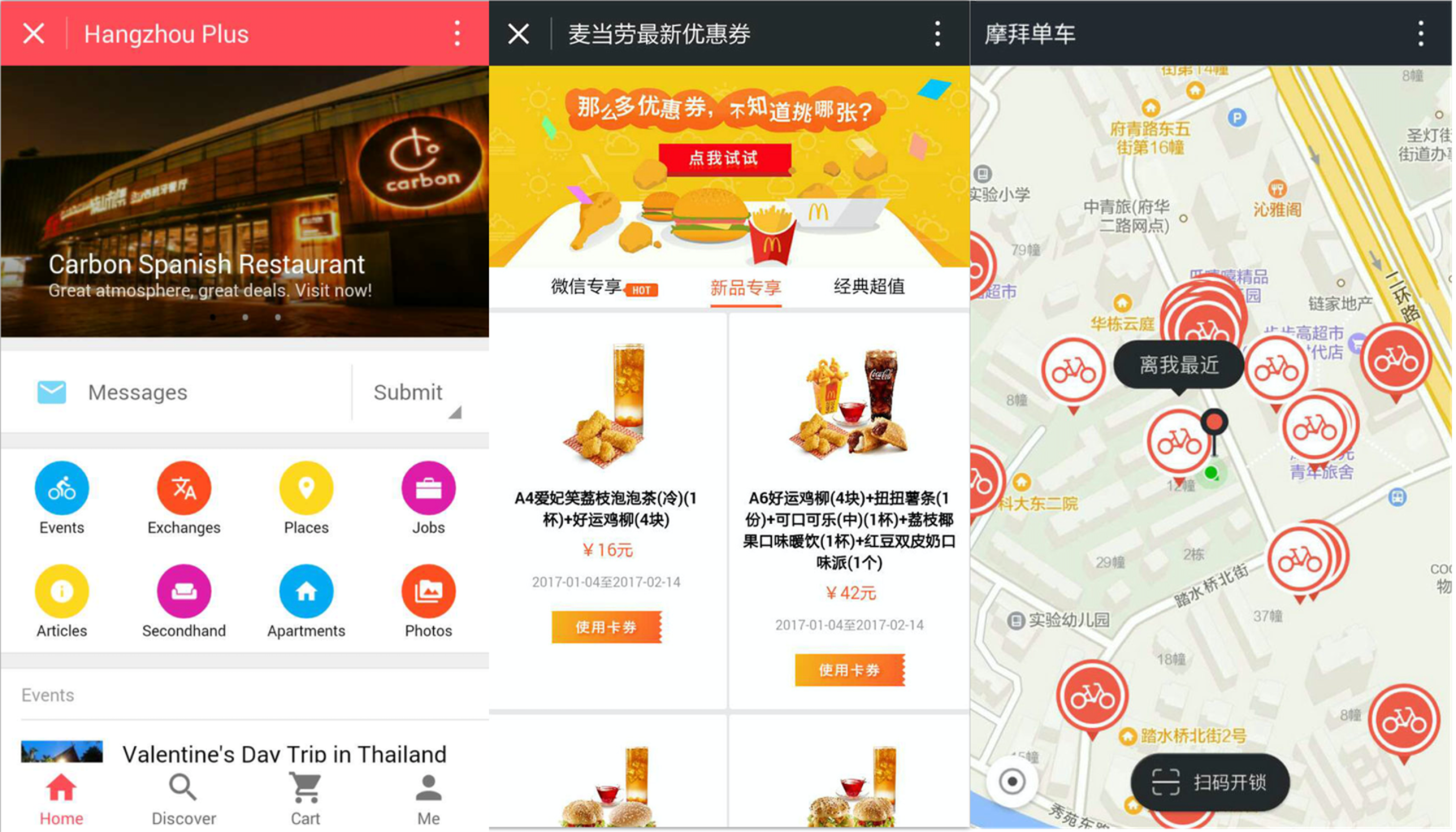 “When we talk about WeChat, understanding how it became so successful is also key to understanding why there hasn't been a Western equivalent: Most Chinese consumers accessed the Internet for the first time on their smartphones, and WeChat capitalized on its lead as the dominant messaging app to build out the mobile ecosystem in its earliest days.

Mobile evolved very differently in the Western world, where online services were already well-established and became individual apps on our phones. No one service has the level of distribution and dominance that WeChat enjoys in China, making all-encompassing platforms difficult, if not impossible, to pull off. While a wholesale replica of WeChat is unlikely to emerge in the near future, what we can take away is that there can be substantial benefits when users, services, and discovery are all brought together.”

But to harness the power of mini-programs, make life easier for users, and build out a business in commerce, Snapchat will likely need its own wallet or payment system like WeChat has. As FinTechToday’s Ian Kar and Gelt VC’s Turner Novak discussed with me, Snapchat shut down its SnapCash partnership with Square two years ago, then this month hired Shopify’s Fahd Ananta to build its new commerce experiences. Snap could rely on Apple Pay and Google Pay, but might be able to build tighter integrations and better lock-in customers with its own wallet. 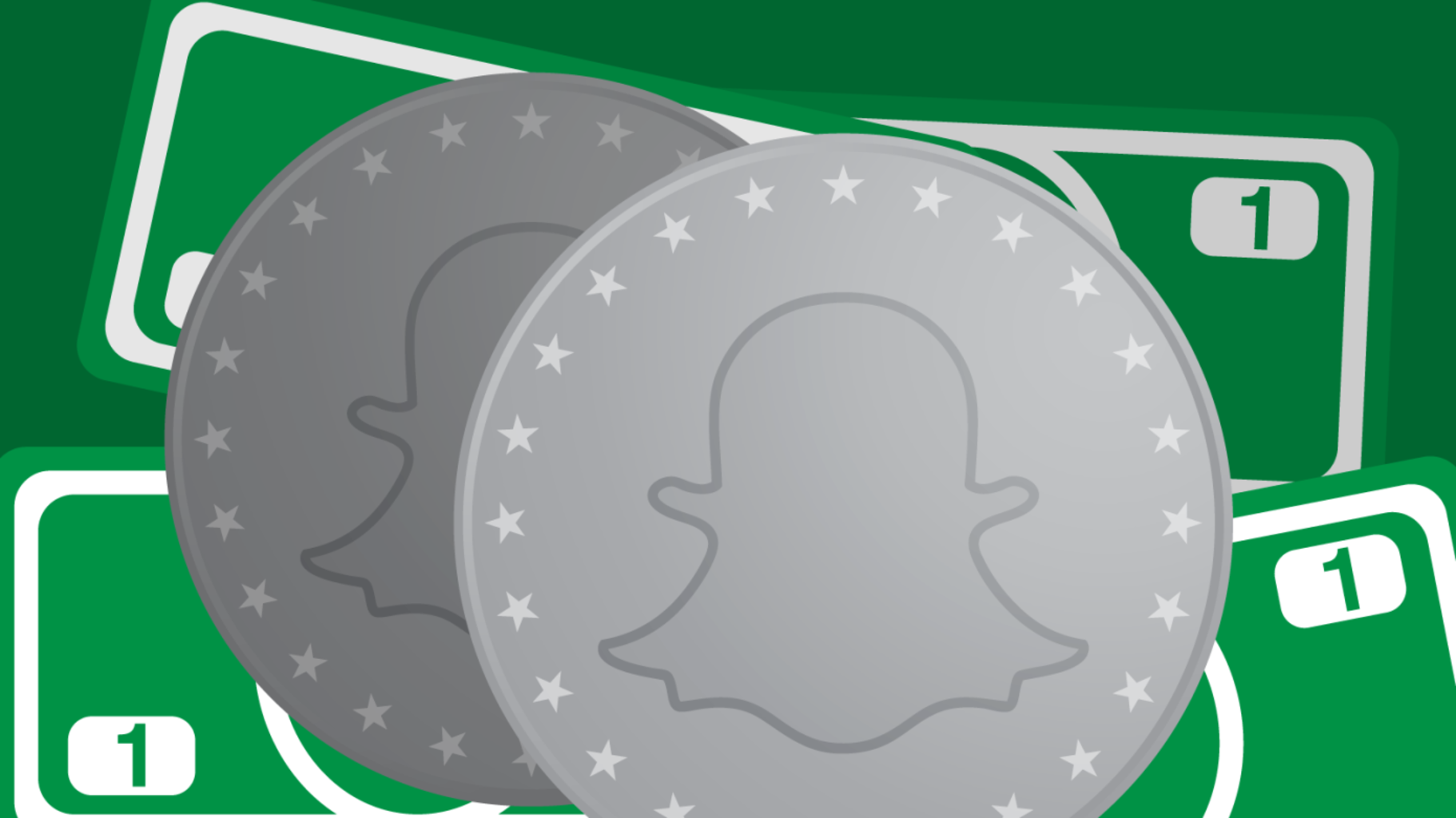 Why this all matters is that the lack of a scaled mini-program app in the West reduces opportunities for new startups to get off the ground. Downloading an app before you’re sure is a hassle. Mini-programs in Snapchat could help lean startups prove out demand, build a following, generate some revenue, and then once they’ve built more features, push people to download their dedicated app if desired. This could be especially helpful for augmented reality products that you need to play with first to understand, or one-off experiences that don’t require a full app.

If Snapchat’s mini-program platform can balance user functionality, developer opportunity, and creating a sustainable business itself, it could become the de facto mobile operating system for teenagers.

Doughbies was perhaps the most ill-advised startup with the best product. They delivered delicious chocolate chip cookies on demand. That's it. Turns out that requires a lot of complicated logistics for very small average order sizes. Doughbies shut down in 2018, but this month ran a fundraiser for COVID-stricken small businesses and gave away their recipe to everyone who donated. They ended up raising over $60K so they open sourced the recipe that you can find here. Bake 'em and donate to a cause you care about. I did and they filled my soul with something sweet during a bitter week.

Meme of the week

All the VCs are talking about this startup but it’s not even really summer yet. 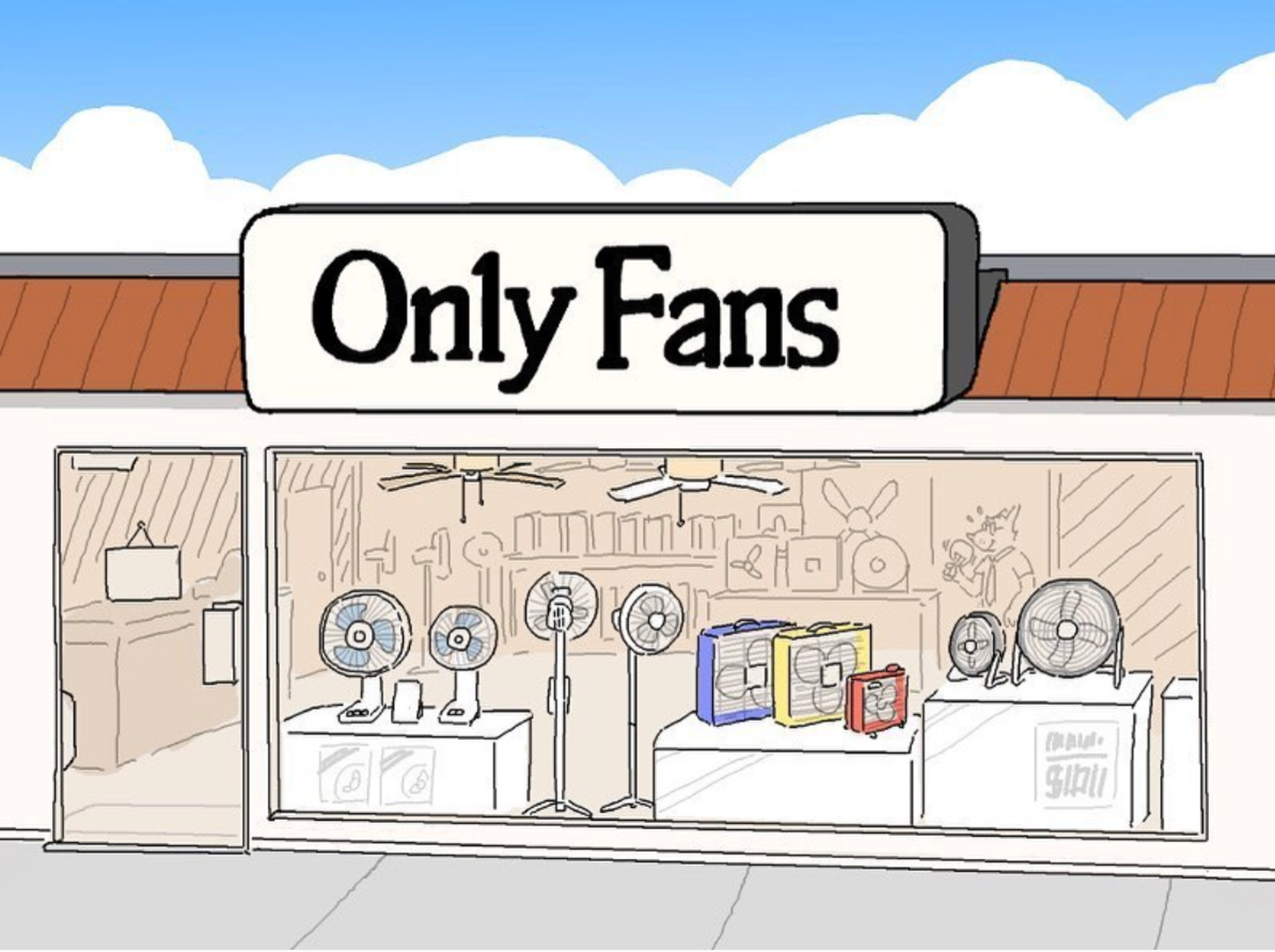 Thanks for reading! Featured image this week from Eduardo Miranda-Rodriguez’s La Borinqueña. Reply with feedback and ideas! Want more of a link roundup? Should I just stick to one longer section per week? I’m iterating on this newsletter like you all are on your products so let me know!